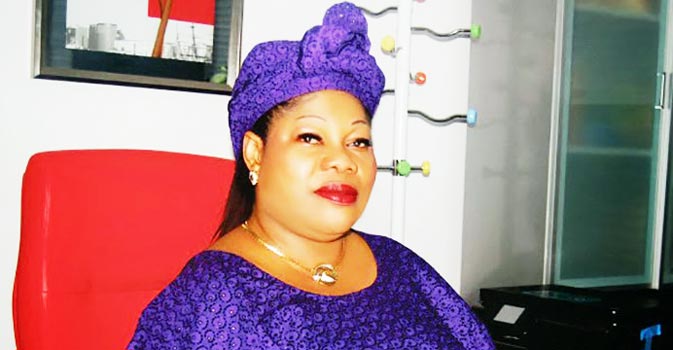 The Economic and Financial Crimes Commission (EFCC) has detained Dr. Ngozi Olojeme who was the Deputy Chairman, Finance Committee of the 2015 Presidential Campaign Organization of former President Goodluck Jonathan.

Olojeme, who also served as the Chairman of the Nigerian Social Insurance Trust Fund (NSITF) from 2009 to 2015 was declared wanted by the anti-graft agency for allegedly diverting over ₦68 billion from the agency.

The cash is alleged to be the Federal Government’s contributions to the take-off grants and Employees Compensation Scheme (ECS) for Ministries, Departments and Agencies (MDAs).

In 2015, following her sack by President Muhammadu Buhari, the EFCC received a petition alleging that ₦50 billion from the ECS, paid by the MDAs as well as another ₦18 billion being the contributions of the Federal Government as take-off grants to the NSITF was mismanaged and diverted to the personal accounts of Olojeme and Umar Abubakar, the Managing Director of the NSITF.

The EFCC alleged that Dr. Olojeme used her account officer in First Bank of Nigeria, Mr. Chuka Eze to collect $48,485,127.00 through a Bureau De Change operator from some contractors of NSITF who were to provide compensation to employees who may suffer occupational accidents or ailments in the line of duty.

The anti-graft agency had in May, arraigned some of Olojeme’s accomplices including Umar Abubakar, Adebayo Aderibigbe, Henry Sambo, Chief Richard Uche and Aderemi Adegboyega before Justice Silvanus Orji of the Federal Capital Territory High Court on charges bordering on conspiracy, abuse of office and illegal diversion of public funds.

They all pleaded not guilty to the charges and were consequently granted bail. The Judge adjourned the matter till February 5, 2018 for commencement of trial.