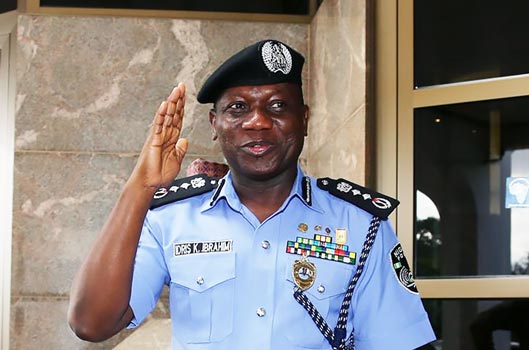 The Nigeria Police has called on the Federal Government to allocate an annual sum of ₦1.13 trillion from the federation account to enable it provide adequate security in the country.

The Inspector General of Police (IGP), Ibrahim Idris made the request on Thursday when he met with the Senate Committee on Police Affairs during a one-day public hearing on a bill seeking to establish the Police Development Fund.

According to Idris, based on the yearly budgetary allocation the Force receives from the federation account, it was evident that the force was grossly underfunded, resulting in its incapacity to execute its fundamental duties of ensuring security of lives and property as well as the maintenance of law and order across the country.

Breaking down the overhead costs of the Force, the Police chief disclosed that ₦19.9 billion was required annually to fuel vehicles and motorcycles belonging to the Force with another ₦14.58 billion needed for the kitting of its personnel.

In his presentation, the Chairman of the Senate Committee on Police Affairs, Senator Abu Ibrahim said the money which the Police was demanding  would be generated by levying taxes on the net profit of companies operating businesses in the country.

Senator Ibrahim suggested that the Value Added Tax (VAT) on goods bought by Nigerians which is currently pegged at 5 percent should be raised to 10 percent to enable the government realize about ₦25 billion annually for the Police.

He said the Federal Government should also impose and increase VAT on petroleum products and telecommunication operations which he said would yield about ₦51.76 billion.