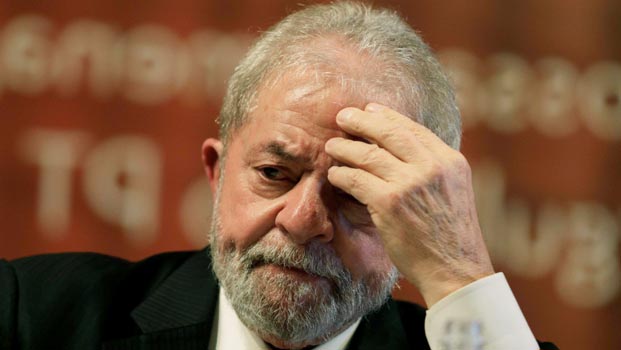 A Brazilian Federal Judge on Thursday ordered former President Luiz Inacio Lula da Silva to surrender to the authorities by Friday afternoon to start serving a 12-year prison sentence after being convicted of corruption.

The warrant was issued hours after the country’s top court rejected Mr. Lula da Silva’s bid to remain free while appeals of the conviction were considered.

Justice Sergio Moro wrote in the arrest warrant that Mr. Lula da Silva would be held in a special cell, outside of the general prison population in consideration of the dignity of the office he once held.

Justice Moro said the former President will be allowed to surrender to the federal police in the southern city of Coritiba, where his trial was held on or before 5 pm on Friday.

Mr.  Lula da Silva’s Workers’ Party however remain defiant, vowing that the ex-President would still run for a third term in the nation’s October presidential polls despite the Supreme Federal Court’s  6-5 ruling that he could not remain free pending further appeals.

The President of the Workers’ Party, Senator Gleisi Hoffmann told journalists on Thursday that Mr. Lula da Silva had not given up his quest to return to the presidency.

“Lula remains our candidate, first of all because he is innocent. If he is jailed, we will consider him a political prisoner and we will be by his side,” Hoffmann said.

Mr. Lula da Silva, 72, who has kept a low profile following the judgment, is not the first Brazilian leader to be engulfed in corruption scandals. Former President Fernando Collor de Mello stepped down from office in 1992 to avoid being impeached while former President Dilma Rousseff was impeached on charges of manipulating the budget to hide economic problems.

Mr. Lula da Silva’s imminent imprisonment could just have sent a chilling message to other prominent figures caught up in corruption investigations in Brazil.