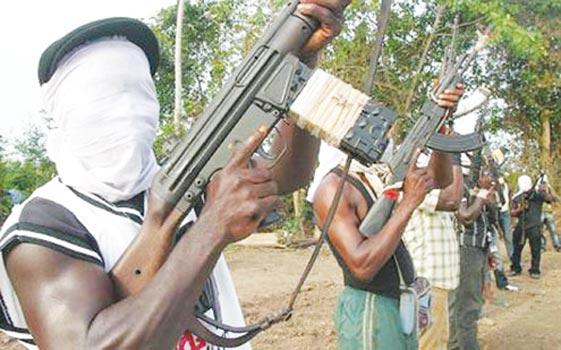 The State Financial Secretary of the Ekiti State Chapter of the Peoples Democratic Party (PDP), Mr. Kayode Oni has been abducted by yet-to-be identified persons.

Oni was reportedly abducted between the Efon-Erio Ekiti highway while he was returning to Aramoko-Ekiti in Ekiti West Local Government Area at about 4:30 pm on Saturday.

According to Mr. Jackson Adebayo, the State Publicity Secretary of the party, Oni who had gone to Efon Local Government Area to conduct the PDP Local government congress, was abducted on his way back to Aramoko.

Adebayo told newsmen in Ado-Ekiti on Sunday that the kidnappers had established contact with Oni’s wife and younger brother and demanded the sum of ₦30 million as ransom.

He added that the PDP chief was carrying his daughter and grandson in his car before he was waylaid by the gunmen who later ferried him to an unknown destination, leaving behind other occupants of the vehicle.