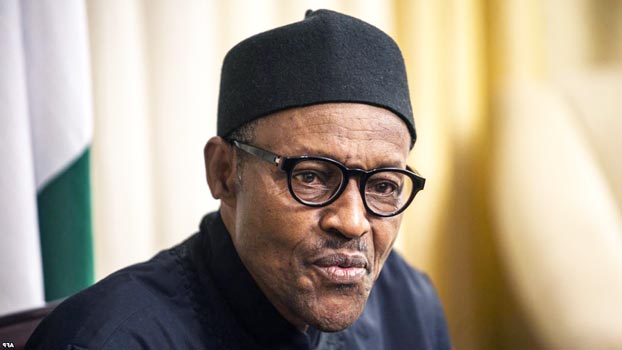 A Federal High Court sitting in Lagos has ordered President Muhammadu Buhari to instruct security and anti-corruption agencies in the country to immediately forward to him reports of their investigations into allegations of padding and stealing of some ₦481 billion from the 2016 budget by some principal officers of the National Assembly.

In a landmark judgment on Tuesday, the court also ordered President Buhari to direct the Attorney General of the Federation and Minister of Justice, Abubakar Malami and/or appropriate anti-corruption agencies to without delay commence prosecution of all indicted lawmakers.

Delivering the judgment, Justice Mohammed Idris of the court also ordered President Buhari to direct the publication of the report of investigations by security and anti-corruption bodies into the alleged padding of the 2016 budget.

The suit  was brought against the President of Nigeria and the Attorney General of the Federation and Minister of Justice by the Socio- Economic Rights And Accountability Project, SERAP .

Justice Idris further  held that President Buhari in the exercise of his executive powers has a duty to ensure compliance with the provisions of article 22 of the African Charter on Human and Peoples’ Rights.

The court also granted an order directing Buhari to “urgently halt alleged attempts by some principal officers of the National Assembly to steal ₦40 billion of the ₦100 billion allocated by his government as ‘zonal intervention’ in the 2017 budget”.

The president was also ordered to closely and thoroughly monitor and scrutinize the spending of ₦131 billion (accrued from increased oil bench mark) allocated for additional non-constituency projects expenditure, to remove the possibility of corruption.

The court held that SERAP, being a human rights non-governmental organization has sufficient interest in the way and manner public funds were being utilized in this country.”

Reacting to the judgment, SERAP’s Deputy Director, Timothy Adewale said the judgment underlined the pervasive corruption in the budget process and the prevailing culture of impunity of lawmakers in the country as well as the failure of the authorities to uphold transparency and accountability in the entire budget process and implementation.

“The judgement is an important step towards reversing a culture of corruption in the budget process that has meant that many of our lawmakers see the budget more as a ‘meal ticket’ to look after themselves than a social contract to meet people’s needs and advance equity and development across the country,” Adewale added.