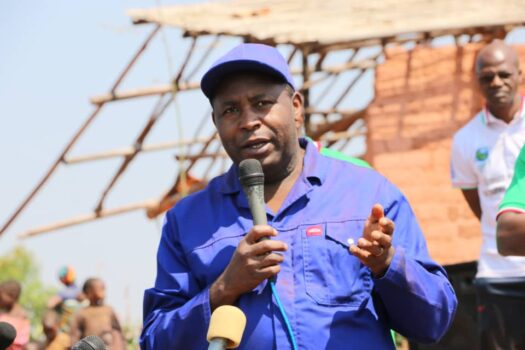 Burundi has sworn-in Evariste Ndayishimiye who won the May 20 elections as President.

The event which took place at the state Ingoma in Gitega, the political capital of the country was largely attended by diplomats given the restrictions on travel due to the COVID-19 pandemic.

Ndayimishiye was supposed to officially start his presidential tenure in August but the Constitutional Court ruled that the investiture be brought forward following the death of outgoing President, Pierre Nkurunziza.

Nkurunziza died on the 8th of June from a heart attack.

Ndayishimiye is a former rebel leader, like  Nkurunziza. He was backed by his predecessor and was declared the winner of May’s presidential election, which the opposition said was rigged.