ABOUT THE PSR NATIONAL AWARDS

Welcome to the PSR National Awards. Since the year 2001, these awards which cover the length and breadth of Nigeria have been hosted by People State & Resource (PSR) Magazine, a publication of People and Power Communications Limited.

These awards were instituted to reward human accomplishment in all fields of endeavour and by so doing, inspire national development. They are meant to encourage Nigerians of achievement and potential to do more in nation building.

The most unique feature of the PSR National Awards is that they cut through the spectrum of society. The school teacher is recognized the same way as the king; the minister and the trader may share a table at the awards. Even so, the deciding factors in the making of nominations into the awards are: excellence, achievement, hardwork, innovation, creativity, patriotism and potential.

It is important to note that People State & Resource Magazine instituted the first annual women awards in Nigeria. The Woman of Merit Gold Awards (WMGA) were established in 2001 to answer to a yawning gender gap in the recognition of innovation, achievement and excellence in all fields. However, the Woman of Merit Gold Awards are generally believed to be the biggest and most accepted awards for women in Nigeria and Africa.

It was in the same spirit of encouraging national development and seeking to accomplish its cardinal mission that PSR established the Development in Nigeria Merit Awards. Today, the awards which are more generally referred to by their abbreviation of DINMA, are believed by many Nigerians to be the most prestigious awards in the Federation after the National Honors conferred by the Federal Government. The DINMA enjoy recognition in various circles including government and the international community.

The Development in Nigeria Merit Awards have been widely acclaimed for their integrity and national outlook. The awards draw recipients from all the geographic parts of Nigeria and they are indifferent to considerations of creed and religion.

Significantly, the awards have also been won by foreign nationals doing business in Nigeria. The first Development in Nigeria Merit Awards were held in November 2001. The DINMA, have since that first outing, been held every year till date.

In 2007, the magazine made a major contribution to the collection and collation of biographical information on people who have sterling contributions to national growth and development. It published The Nigerian Book of Great People which was presented to the Nigerian public in April 2007 at the Nigerian Institute for International Affairs, Victoria Island, Lagos.

In April, 2016, People & Power Communications Ltd introduced the full-fledged journalism aspect of its operations to the world by launching its online daily newspaper with the name, People & Power. With this, all of the company's operations and publications were harmonised under peopleandpowerngr.com. People & Power and PSR Magazine are therefore one and the same. 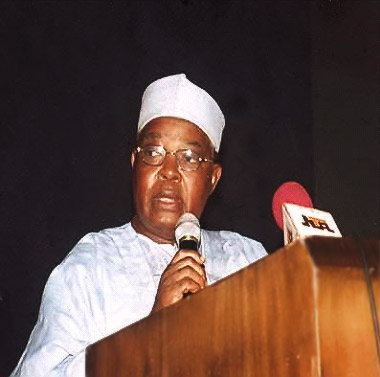 Between 1960 and 1963, he worked as Assistant Manager at M & K, Lagos. Between 1963 and 1964, he was Transport Controller/Material Controller. Between 1968 and 1969 he worked with private companies in London. He worked under the Federal Government from 1969 to 1972 when he was appointed as Commissioner for Transport by the then South Eastern State ( now Cross River and Akwa Ibom States).

Dr Wayas was a member of the Constituent Assembly (1977-1978) and Deputy Chairman of the National Constitutional Conference in 1994. He was elected President of the Senate of the Federal Republic of Nigeria in 1979 and he held that position until 1983.

In the corporate arena, he is also versed having been a director in many companies. Dr Wayas has been Grand Patron of the PSR Awards since 2001. 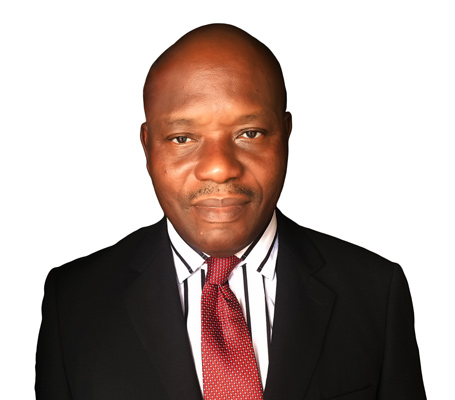 His journalism career began in 1986 as a regular freelance with the Daily Times while he was still a postgraduate student of the University of Ibadan. He was employed by the Concord Press of Nigeria in 1987 as Reporter/Researcher on the African Concord title. He rose through the rungs to become Assistant Editor of African Concord Magazine in 1991.

Between 1992 and 1993, he worked as Group Head of Public Relations of Public Finance Group Ltd. He joined Tell Magazine in 1993 as Associate Editor and Head of the Business Desk. Afterwards, he worked as Head of Tell’s political desk until 1996. He also worked as Editor, Oil Times; West African Correspondent, News Africa; Editor, Finance News and Editor–in–Chief, Summit Weekly News. He became the founding Editor–in –Chief of People State & Resource (PSR) Magazine in 1999 and the Publisher/Editor–in–Chief in 2001.

As a journalist, he won awards and recognitions. He was Concord Press’ Writer of the Year in 1990. In 1988, he received a Certificate of Appreciation from the late Sultan of Sokoto, His Eminence, Sir (Alhaji) Siddiq Abubakar III. In 1991, he had the honour of being invited by the World Health Organization (WHO) as West Africa’s representative journalist to the World Conference on Malaria which held in Brazzaville, Republic of Congo. He enjoyed the same privilege at the International Forum on Health which held in Accra, Ghana the same year.

Outside journalism, he has also won honours. In 1985, he won the National Youth Service Corps’ Certificate of Merit. In August, 2009, Victor Omuabor was conferred with the chieftaincy title of Bobasaye of Itekunland, Ogun State by the Onitekun of Itekunland, His Royal Majesty, Oba Timothy Dabiri Obanla.

Omuabor made a major contribution to scholarship in African orature, verbal delivery, literature and culture when he authored the first ever dictionary on African oral expression aptly titled Great Africans on the Record: A Dictionary of African Quotations. The book which enjoyed elaborate critical review from both within and outside Nigeria (including Europe) was published in 1994 with the foreword written by world-acclaimed poet, Commonwealth Poetry Laureate and Professor of English at the University of Ibadan, Niyi Osundare.

Omuabor headed the Project and Editorial teams of The Nigerian Book of Great People which was published in 2007.