Action Of DSS Is Denegration Of Entire Judiciary Says NJC 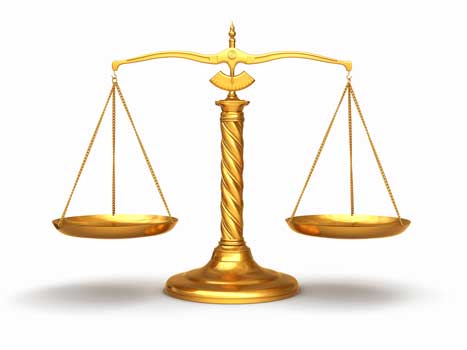 The National Judicial Council has formally reacted to the recent arrest of seven judges, including two serving justices of the Supreme Court, on allegations of corruption.

NJC’s reaction was contained in a press statement signed by its Acting Director of Information, Mr Soji Oye. The full text of the statement is as published here.

At its last Emergency Meeting which was held on 11thOctober, 2016, Council decided among other matters, as follows:

iii)Code of Conduct for Judicial Officers of the Federal Republic of Nigeria; and

iv)National Judicial Policyto inter-alia, regulate its own procedure while exercising its Constitutional Powers.

The Public is aware that Hon. Justice Sylvester Ngwuta, a Justice of the Supreme Court of Nigeria, was arrested after his House was invaded by heavily armed and masked operatives of the Department of States Security on Friday 7th October, 2016. The operatives did not leave his house until 12.00 noon of the following day, when he was whisked away to the (“DSS”) office.

The Residence of Hon. Justice Inyang Okoro, a Justice of Supreme Court of Nigeria, was raided in the same manner and was arrested by the same operatives of the DSS.

Contrary to the claim by the DSS and as published in the electronic and print media, Council has never received any petition against the aforesaid Judicial Officers: Hon. Justices Ngwuta and Okoro of the Supreme Court of Nigeria, by the DSS.

At its Meeting which was held on 29th September, 2016, Council had found His Lordship culpable of professional misconduct contrary to Code of Conduct for Judicial Officers of the Federal Republic of Nigeria and the provisions of Section 292 of 1999 Constitution of Federal Republic of Nigeria. Accordingly, he was recommended to Mr President for compulsory retirement from office following the petition written by one Mr Nnamdi Iro Oji for demanding the sum of N200,000,000.00 (Two Hundred Million Naira) bribe.  It is to be stressed that from the evidence before the Council, Hon. Justice Ladan Tsamiya did not receive N200m bribe.  The Petitioner adduced evidence to support his allegation that Hon. Justice Tsamiya only demanded for the money.

Hon. Justice I. A. Umezulike, OFR, Chief Judge, Enugu State, was recommended for compulsory retirement from office to Enugu State Governor for gross misconduct, pursuant to the petition written against him by Mr. Peter Eze.

In the meantime, National Judicial Council has suspended His Lordship from office pending when the Governor of Enugu State will act on its recommendation.

Hon. Justice A. F. A. Ademola of the Federal High Court, Abuja Division has been petitioned by Hon. Jenkins Duviegiane Gwebe on allegations bordering on corrupt practices.

Currently, a Committee of the Council is investigating the allegations.

There is no other petition against Hon. Justice Ademola from DSS pending at the National Judicial Council.

Hon. Justice Kabiru Auta was investigated by Council based on allegations of corrupt practices levelled against him in a petition forwarded to Council by one Alhaji Kabiru Yakassai. His Lordship was recommended to the Governor of Kano State for removal from office by dismissal.  Council wrote separately to the AIG Kano Zone 1, for Police to prosecute Hon. Justice Auta.

Council has suspended His Lordship from office pending when the Governor will act on its recommendation.

“i)           That the Hon. Judge in a bid to illegally enrich himself, perfected plans through third party proxies/conduits, with a view to influencing the outcome of the Election Tribunal in the governorship polls in favour of the incumbent Governor Nyesom Wike.

iii)         From all indications, it is apparent that Pindiga, who is a very Senior Justice in Gombe State, is highly corrupt. His continuous stay as a Justice in any capacity would likely embarrass the current administration and pervert the cause of justice. In view of the foregoing, it is strongly advised that immediate necessary administrative and judicial measures be taken on him, including appropriate sanctions and trial to set a precedent to others of his like”.

The complaint containing the allegations of corrupt practices against the Hon. Judge were conveyed in a letter Ref No. DGSS71/3161 and dated 26th February, 2016, written by the DSS to the Hon. Chief Justice of Nigeria and Chairman of the National Judicial Council.  The petition was not supported by a verifying affidavit deposed to by the DSS, as required by the National Judicial Council Discipline Regulations 2014. The Petition should have been disregarded for non-compliance with the National Judicial Council Regulations, but by letter Ref. No. NJC/S.15/HC.GM/5/1/128 dated 19th April, 2016, the DSS was notified and requested to comply and to depose to a verifying affidavit in support of the allegations of corrupt practices levelled against the Hon. Judge.

By letter Ref No. LSD.232/4/68 dated 6th May, 2016, to the Council, the DSS deposed to a verifying affidavit in respect of the allegations against Justice Pindiga.

Both Parties – The DSS and Hon. Justice Mu’azu Pindiga, together with their witnesses and counsel appeared before the Panel set up by Council in compliance with the National Judicial Discipline Regulations and Section 36 of the 1999 Constitution of the Federal Republic of Nigeria as amended, on the Right to Fair Hearing.

At the end of the investigation, the DSS could not substantiate any of the allegations of corrupt practices either by documentary or oral evidence against the Hon. Justice Pindiga.

Consequently, at its Meeting of 15th July, 2016, Council decided to exonerate Hon. Justice Pindiga of the allegations of corrupt practices levelled against him by DSS.

Council is aware that DSS had written a complaint alleging corrupt practices and professional misconduct against Hon. Justice Dimgba by a letter Ref. No. LSD.158/2/31 dated 5th August, 2016.

At its Meeting of 29th September, 2016, Council constituted a Fact Finding Committee comprising its Members to investigate the allegation.

During the last Emergency Meeting of the Council, it received a Report from Hon. Justice Nnamdi Dimgba that his Residence was also raided and ransacked; and in the process, his nephew and driver were man-handled, using a wrong search warrant which was not meant for the search of his house.

The Committee has commenced the process of investigating the allegations before the recent unfortunate raid and search of Hon.  Justice Dimgba’s Residence.

In conclusion, Council wishes to state as follows:-

1)                  That it maintains its earlier decision that no Judicial Officer shall be invited by any Institution including the DSS, without complying with the Rule of Law and Due Process.  That explains why when the DSS wrote to the Council by letter Ref. No. LSC.960/4 dated 14th September, 2016, to direct Hon. Justice Mu’azu Pindiga to appear before it, The Hon. The Chief Justice of Nigeria and Chairman of the National Judicial Council directed the Hon. Chief Judge of Gombe State to ask Hon. Justice Mu’azu Pindiga to report to DSS, which His Lordship did.

2)                  That the National Judicial Council has never shielded nor will it shield any Judicial Officer who has committed any misconduct.

3)            That the Department of State Services is an Agency in the Presidency and its functions as specified in the statute establishing it, is primarily concerned with the internal security of the Country.

5)            That by the act of the DSS, Judicial Officers are now being subjected to insecurity, as criminals might take advantage of the recent incidents to invade their residences under the guise of being security agents.

6)            The Council vehemently denounces a situation whereby the Psyche of Judicial Officers in the Federation is subjected to a level where they would be afraid to discharge their Constitutional judicial functions, without fear or favour, intimidation, victimization or suppression.

7)            The Council will not compromise the integrity and impartiality of the Judiciary.

8)            The Council wishes to reassure the public that any person who has a genuine complaint against any Judicial Officer is at liberty to bring it up to the Council for consideration, after following due process vide its Judicial Discipline Regulations.

9)            At the end of the Meeting, Council unanimously agreed to recommend Hon. Justice W. S. N. Onnoghen, CFR, as the most senior, suitable and competent Justice of the Supreme Court to President Muhammadu Buhari, GCFR, for appointment as the next Chief Justice of Nigeria to succeed Hon. Justice Mahmud Mohammed GCON who retires from office on 10th November, 2016.