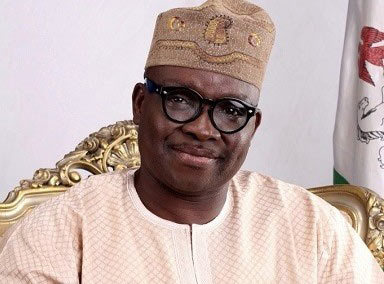 The Federal High Court sitting in Ado-Ekiti has determined that the Economic and Financial Crimes Commission was wrong in freezing the accounts of the Governor of Ekiti State, Ayodele Fayose which he maintained with Zenith Bank.

Justice Taiwo Taiwo who gave the ruling described EFCC’s action as illegal, wrongful, unlawful and unconstitutional. He said the commission did not follow due process in its action. And his order was as follows: “I hereby give a mandatory order directing the respondents jointly or severally to immediately defreeze, unblock and make operational both accounts belonging to the applicant.”

Justice Taiwo Taiwo said the commission did not make the governor a party to the proceedings which led to the interim freezing of the accounts. In his opinion, that amounted to a denial of his fundamental right to fair hearing.

The judge also held that the EFCC did not disclose to the court who granted the interim freezing order that the accounts belonged to a governor who enjoys total immunity under the Nigerian Constitution.