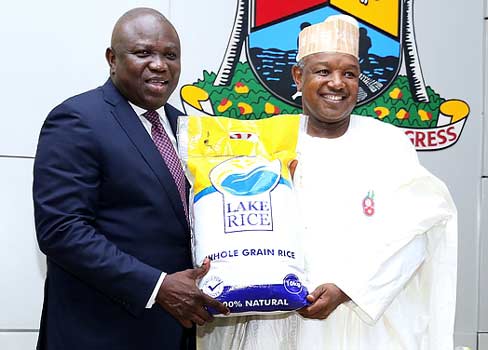 The launch which was done at Lagos House at Alausa, Ikeja saw the two governors unveiling the rice which is packaged in beautiful bags coloured yellow, blue and white.

The Lagos State government has arraigned to sell the rice at designated locations in the three senatorial districts of the state. It also plans to sell a 50kg bag of rice for N12,000 far below the cost of imported rice which goes for as much as N18,000 in some parts of Nigeria.