A Nigerian Is Strongest And Biggest Footballer In The World 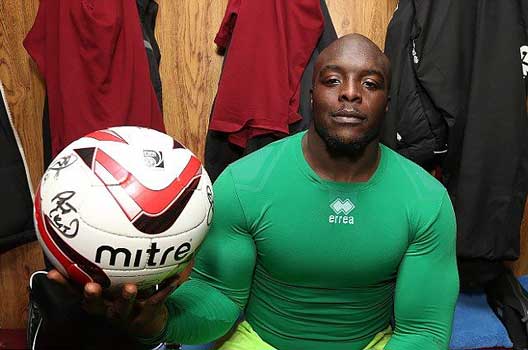 Saheed Adebayo Akinfenwa is an English professional footballer, born to Nigerian parents on May 10, 1982 in West Ham, England.

A Christian, born in a muslim home, Adebayo currently laces his boots for Wycombe Wanderers in the League Two of the English Premier League as a striker. He is well known for his physical strength and strong build.

Weighing around 102kg, the beast, as he is popularly called, can bench-press 200kg, which is twice his own body weight. He has been ranked severally as the strongest player on the FIFA video game series.

The 35-year-old Akinfenwa, who has had brief stints with Swansea City, Millwall and Northampton, has never played in the top flight teams of English football but he is famous for his physical strength and strong build rather than his footballing skills.