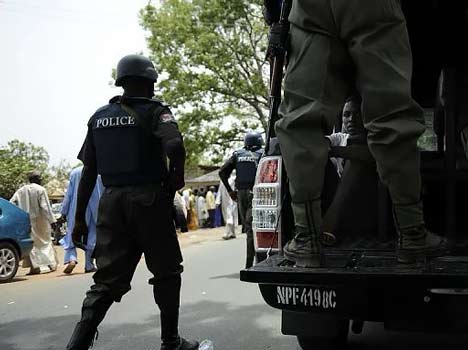 The Nigeria Police has announced the arrest of 38-year-old Adekoya Joseph Omoni, an indegene of Ondo State in connection with the kidnap of the Isheri Estate Landlords’ Association Secretary– a crime incidence in which three private security personnel lost their lives.

A statement signed by Chief Superintendent of Police (CSP)Jimoh Moshood, the Force Public Relations Officer, reveals that the arrest was made at Century Village in Ogijo Town of Ogun State on Tuesday by operatives of the Intelligence Response Team (IRT) led by ACP Abba Kyari.

He described the suspect as a “vicious and notorious kidnapper” who actively participated in the kidnap of the Turkish School children and staff in Ogun State last year. He said Omoni has made confessional statements regarding his level of involvement in the kidnapping incident.

“The suspect confessed further to the kidnap/assassination attack on Ikorodu-Mile 12 Road on 19/12/2016 where Aisha Ali Balogun (a popular TV Presenter) and one other were killed,” the statement said.

The police spokesman revealed that two houses built from the ransom obtained by the suspect in various kidnap operations have been located and sealed off by the police.

He said investigations were still on to ensure the arrest and prosecution of other members of the deadly gang.