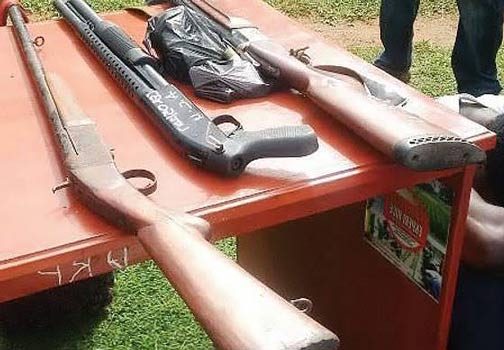 Several prominent lecturers of  Ambrose Ali University, Ekpoma have been arrested by the Edo State Police Command for  alleged involvement in cult-related activities.

This revelation was made by the Edo State Commissioner of Police, Haliru Gwandu while speaking to journalists on Tuesday.

Gwandu said one of those arrested was a professor from whom a double-barrel gun, a single-barrel gun and one pump action rifle were allegedly recovered.

The commissioner, while expressing displeasure over the high rate of cultism around the institution, refuted reports that his men and some security operatives  brutalized the Dean of the Faculty of Law of the same institution, Prof. Sunday Edeko.

He however vowed that leaders and members of cults who have  recently unleashed mayhem on the inhabitants of Etsako West Local Government Area where the tertiary institution is located, would soon be arrested and charged to court.

“We are going to arrest those who are mentoring and those who are real cultists and charge them to court. There is no going back on that,.” he asserted.