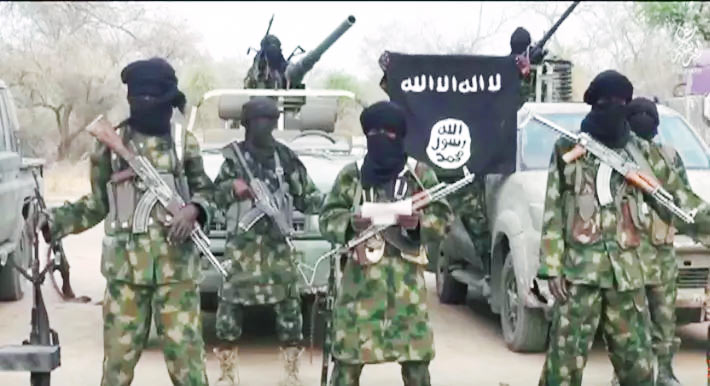 Officials of the Nigeria Security and Civil Defense Corps (NSCDC) have arrested a woman, Fatima Kabir, believed to be an ex-wife of a factional leader of Boko Haram, Mamman Nur in Maiduguri.

The 15-year-old Fatima was arrested alongside 14-year-old  Amina Salisu while loitering at the popular Kano Bus Park in Maiduguri metropolis. Fatima, who is four months pregnant and infected with HIV told newsmen that she was once married to Mammar Nur in Sambisa but could no longer take the treatment meted out to her, hence her resolve to escape.

The information was disclosed by the Borno State Commandant of the NSCDC, Ibrahim Abdu, while parading the two suspected suicide bombers at a press briefing.

Abdu said the two teenage girls who made confessional statements during interrogation must have been smuggled from Sambisa Forest into the town to wreak havoc on civilians.

Now however, the girls appear to be denying the confessions which they were said to have made. They claim to have escaped from the grasps of the terrorist group after being subjected to various degrees of torture including being married to different members of the group at different times.

The commandant said that upon completion of investigations, the girls would be handed over to the appropriate authorities for the next course of action.