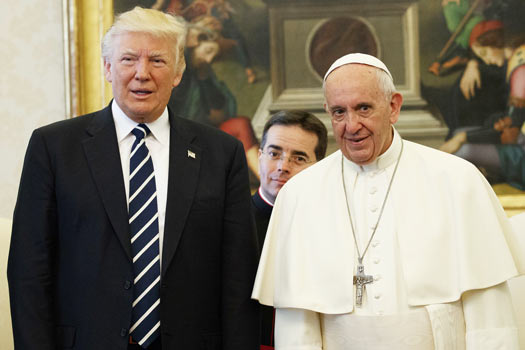 United States president, Donald Trump has said that he would not forget the message he received from Pope Francis after their meeting at the Vatican in the early hours of Wednesday.

Trump’s meeting with the Pope, his third stop in a 9-day foreign trip scheduled to end on Saturday, is part of his tour of the Middle East and Europe, having visited Saudi Arabia and Jerusalem.

Pope Francis, who is a strong critic of Trump over his stance on environmental regulations and his vow to build a wall along the US border with Mexico instead of building a bridge, is reported to have kept a stern face throughout the duration of the meeting which started at about 8:33 a.m.

Trump is expected to move to Brussels for a NATO summit after the Vatican meeting which was an impromptu arrangement as he initially did not plan to stop over in Rome.