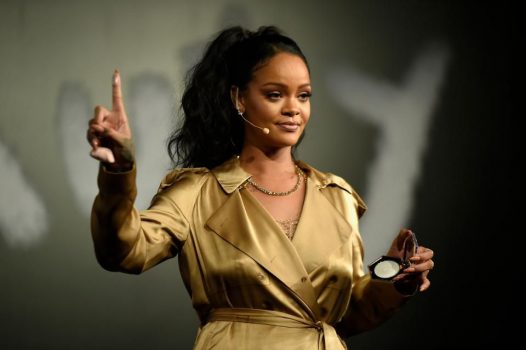 Forbes has named Barbadian-born American musician, Rihanna as the wealthiest female entertainer with a whooping net worth of $600 million.

Rihanna leads other great names in the industry such as Madonna ($570 million), Celine Dion ($450 million) and Beyonce ($400 million).

With only 14 years in the music industry, the 31-year-old Rihanna has had the fastest growing career as she has surpasses icons who have been in the industry decades before her.

Popularly known as Bad Gyal Riri, the singer turned business mogul has established her surname as a brand which runs across the entertainment and fashion industry. She is also just $400 million shy of becoming a billionaire like Jay-Z, the first hip-hop billionaire.

According to Forbes, Rihanna owes her huge success to her smart move into film, fashion as well as beauty products, slowly moving from collaboration to owning some of the most influential brands in the world.

In 2017, she launched Fenty Beauty which earned her a reported $100 million in sales in its first few weeks and generated an estimated $570 million the following year.

Her latest accomplishment, the launch of her Fenty Clothing and Accessories line under LVMH is also set, not only to influence the fashion industry as strongly as her make-up line did but also rake in several millions for her.