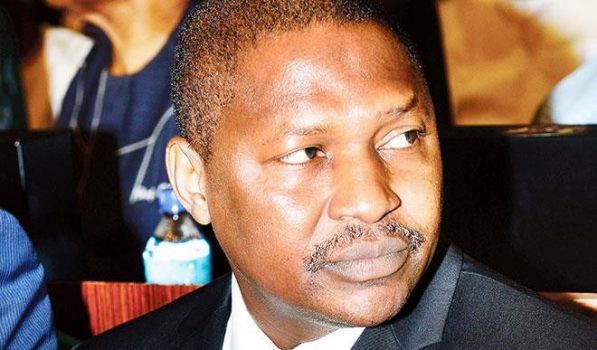 Attorney-General of the Federation and Minister of Justice, Abubakar Malami has said that the release of Omoyele Sowore and Sambo Dasuki were on compassionate grounds and a result of the commitment of the Federal Government to the rule of law.

The Minister made this known when he spoke to the BBC Hausa and the Hausa Service of the Voice of America.

“The reasons for the release of Omoyele Sowore and Sambo Dasuki revolved around our commitment to the rule of law, obedience to court orders and compassionate grounds”

“It is important to understand the fact that as far as the law is concerned and in relation to the Nigerian justice system, one has multiple options after a court has ruled on a matter.

“The time has now come for Sambo Dasuki and Omoyele Sowore to also enjoy bail based on the merit of their individual cases. They were charged based on their individual cases, taken to court, granted bail and now have been released. All the individuals involved were treated fairly and justly; they were taken to court, enjoyed the court’s favourable discretion and they were all released,” he said.