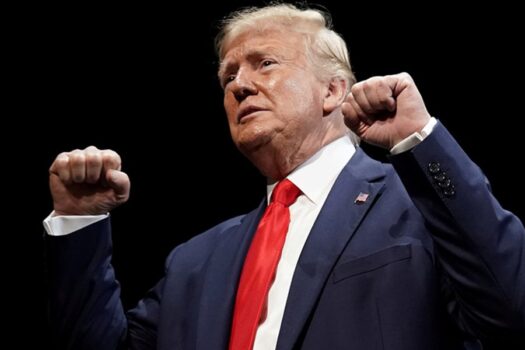 However, senior figures in Trump’s Republican Party have pushed back with both political and constitutional arguments, raising doubts that Democrats – who control 50 seats in the 100-seat chamber – can secure the 17 Republican votes to reach the two-thirds majority needed to convict.

“I think the trial is stupid. I think it’s counterproductive. We already have a flaming fire in this country and it’s like taking a bunch of gasoline and pouring it on top,” Marco Rubio, the top Republican on the Senate Intelligence Committee, told Fox News on Sunday.

He acknowledged that Trump – who had urged thousands of his supporters to flock to Washington and protest the congressional certification of Joe Biden’s victory – “bears some responsibility for what happened.”

But to “stir it up again” could only hurt the country, said Rubio.

Other Republicans argued that the Senate has no authority to put a private citizen – as Trump now is – on trial.

Senator Mike Rounds told NBC that the constitution does not allow for the impeachment of a former president.

But Senator Mitt Romney, the Republicans’ 2012 presidential candidate and a frequent Trump critic, told CNN that “the preponderance of legal opinion is that an impeachment trial after a president has left office is constitutional. I believe that’s the case.”

The Utah Republican – the only member of his party to vote to convict Trump in his first impeachment trial – hinted that he may be leaning the same way now.

He said he believed “that what is being alleged and what we saw, which is incitement to insurrection, is an impeachable offense. If not, what is?”

The House of Representatives impeached Trump for a historic second time on January 13, just one week before he left office.