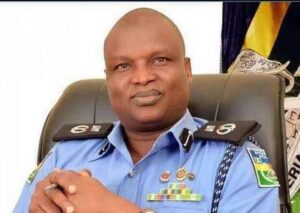 Kyari who bears the accolade of ‘Super Corp’ among Nigerians for being a crime burster was fingered in an a bribery scandal involving Ramon Abbas popularly known as Hushpuppi.

The United States District Court for the Central District of California had earlier alleged that Hushpuppi used Kyari to arrest and jail a co-conspirator, Chibuzo Vincent.

According to a communique from the court, the arrest was made after Vincent threatened to expose a $1m fraud committed against a Qatari businessman.

The IGP ordered an “internal review of the allegations” against Abba Kyari by the United States Court.

Mba went on to say that the IGP’s directive is pending the outcome of an ongoing internal investigation of the embattled senior officer.

“The IGP, in his letter to the Police Service Commission, dated 31st July 2021, noted that the recommendation for the suspension of the officer is in line with the internal disciplinary processes of the Force,” the statement partly read.

According to the police boss, the suspension is to “create an enabling environment for the NPF Special Investigation Panel to carry out its investigations into the weighty allegations against DCP Abba Kyari without interference.

“The suspension is without prejudice to the constitutional presumption of innocence in favour of the officer.”

Among other things, the panel is to undertake a detailed review of all the allegations against DCP Abba Kyari by the US Government as contained in relevant documents that have been availed the NPF by the Federal Bureau of Investigation (FBI).

It is also expected to obtain a detailed representation of Kyari to all the allegations levelled against him, conduct further investigations as it deems fit, and submit recommendations to guide further actions by the Force Leadership on the matter.