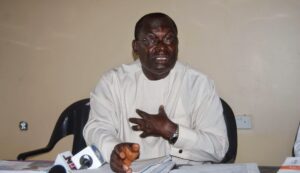 Dr. Chike Akunyili, widower of the late Director-General of the National Agency for Food and Drug Administration and Control, Dora Akunyili, has been killed by gunmen at Nkpor, in the Idemili North Local Government Area of Anambra State.

Seven other persons were also allegedly killed in the incident.

Dr. Akunyili was said to have been returning from an event where he received a posthumous award of excellence for his late wife when he ran into the hoodlums at Nkpor and was shot and killed.

The police have yet to issue a statement about the incident and also the number of casualties.