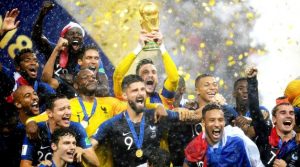 The Confederation of African Football (CAF) has voted to support FIFA’s plans for a biennial World Cup.

This was announced at an Extraordinary General Assembly in Cairo on Friday.

CAF is the first confederation to officially and publicly approve the controversial plan to hold a World Cup every two years, at the same pace as its Africa Cup of Nations tournament.

The confederation, at its extraordinary general assembly in Cairo, also voted in favour of establishing a Super League for African clubs.

FIFA, has been pushing to hold the men’s and women’s World Cup every two years instead of every four.

But the world football governing body has faced opposition from club, UEFA and CONMEBOL.