Police Rescue Five Students, 19 Others Abducted By Bandits In Zamfara 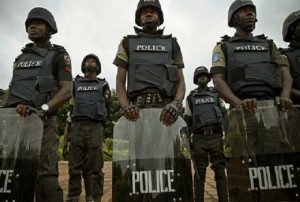 Police authorities in Zamfara say they have rescued 24 people abducted by bandits in Shinkafi and Tsafe Local Government Areas of the state.

The Commissioner of Police in the state, Ayuba Elkana, disclosed this while briefing reporters on Tuesday at the command headquarters in Gusau, the state capital.

Elkana identified the four other students as pupils of the Government Day Secondary School, Birnin Yero in Shinkafi LGA, who were abducted on their way back from writing the West Africa Senior School Certificate Examination (WASSCE).

According to him, police tactical operatives rescued the abducted victims from different locations in the state.

The police commissioner added that operatives deployed to the Gusau Tsafe – Funtua Road rescued 11 passengers who were abducted by bandits while travelling at night in two vehicles.

Read the full text of the police commissioner’s briefing below:

Gentlemen of the Press it is my pleasure to welcome you to another press briefing where I will be briefing you on the achievement recorded by the Zamfara State Police Command in the ongoing effort to rid the entire Command of all acts of criminalities and restore lasting peace and security in the State.

You will equally remember that, in my previous Press Conference, I have resolved that through the ongoing Police search and rescue operations across the State, all the kidnapped victims currently in captivity will be rescued unconditionally and reunited with their families.

To God be the glory, with the support of the State Government under the leadership of His Excellency, Dr. Bello Muhammad Matawalle MON, the Executive Governor of Zamfara State, Police Tactical Operatives deployed to different locations of the State have succeeded in rescuing 24 kidnapped victims in Shinkafi and Tsafe LGAs respectively.

Among them were the four students of Government Day Secondary School Birnin Yero in Shinkafi LGA who were abducted while writing their WAEC Exams and one other student of Federal Polytechnic Kaura Namoda.

For the purpose of clarity, below is the detail of the rescue made by the Police.

Rescue of 13 kidnapped victims in Shinkafi, including four students of Government Day Secondary School, Birnin Yero, and one other student of the Federal Polytechnic Kaura Namoda.

On 22nd November 2021 at about 1900hrs, Police Tactical Operatives deployed along the Shinkafi axis, while on search and rescue operations with regards to the abduction of students of Government Day Secondary school, Birni Yero in Shinkafi LGA, and other victims acted on intelligence information and rescued the students along with eight others.

The victims who spent 60 days in captivity have now been rescued unconditionally. All the rescued victims will be medically checked, undergo police debriefing before handing them over to the State Government to be reunited with their families.

On 22nd November 2021 at about 2330hrs, two golf vehicles with registration number AE 535 ARG and GUS 274 XF conveying passengers from Kano to Sokoto were blocked by armed bandits at Wanzamai village and abducted all the passengers.

On receipt of the distress call, Police Tactical Operatives deployed along Gusau – Tsafe – Funtua road embarked on extensive search and rescue Operation and finally succeeded in the unconditional rescue of 11 passengers.

All the rescued victims have been debriefed and reunited with their families.

Gentlemen of the Press, let me use this opportunity to warn members of the public, especially travellers and commercial drivers that, the order of the State Government restricting movement into the state at night-time is still in force.

Therefore, the Command under my watch will intensify the arrest and prosecution of any person or group of persons found violating this order.