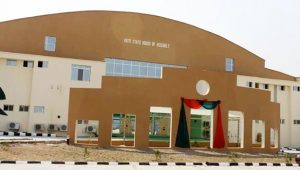 The Ekiti State House of Assembly Speaker, Gboyega Aribisogan, has been sacked by members of the House.

Olubunmi Adelugba has now been elected as the new speaker.

Seventeen out of the 25 members impeached the Speaker and elected a new one.

The Assembly Complex was earlier sealed as members were embroiled in a controversy following the death of the former Speaker, Funminiyi Afuye.

A month after his demise, the parliament held an election and Aribisogan, who is the representative of Ikole 1 Constituency in the Assembly and a two-term lawmaker, emerged.

Aribisogan had accused former Governor Kayode Fayemi of sponsoring some lawmakers to sack him.