A Church for “Umunna” In Lagos 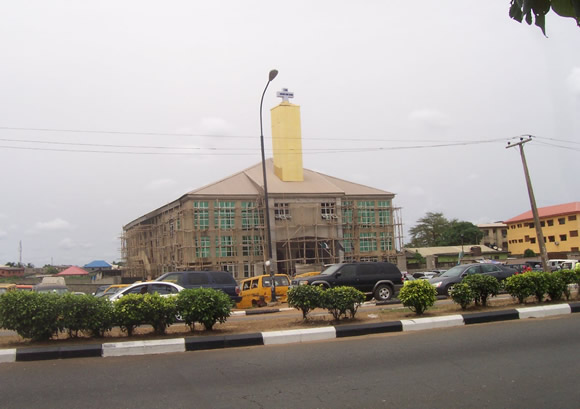 To the average observer the name Igbo Anglican Mission would easily pass as one of the many groups within the Church of Nigeria Anglican Communion. It is indeed more than that. The Igbo Anglican Mission (I AM) which has been in existence for the past eight years (the church marked its 8th anniversary last December) has grown from an association of a few Anglican faithful to a full – fledged religious body made up of mostly people of Igbo extraction resident in Lagos. Little wonder it is also known as “Church of God Igbo Anglicans.

So many Igbo Christians who do not belong to the Anglican faith also come to the church to worship. Their passion is driven mostly by the fact that Igbo language is the sole medium of worship. There is also a good number of non-Igbo speaking Christians who identify with the I AM cause. They do not seem to see the challenge of the language barrier.

Although the I AM congregation consists mostly of Anglican faithful, the church is currently independent of the Lagos West Anglican Archdiocese. According to inside sources at the church, the Igbo Anglican Mission was borne out of the quest to create a peaceful atmosphere where the people can worship and pray to God in their native language which is Igbo.

Christened the Chapel of Redemption, the church building is a magnificent edifice located close to the Iyana School Bus Stop on the LASU – Isheri Expressway, Lagos. With a carrying capacity to seat over 5,000 people, the church building is now at its final stages of completion. It looks every inch like the traditional orthodox churches both in terms of architectural design and the interior arrangement.

The atmospherics around the church seem to confirm that it is all about the promotion of the Igbo heritage through religious worship. From the inscription on the magnificent crucifix mounted on the roof top to the writings on the walls and Sunday banners, everything appears to confirm the prominence of Igbo language. The phrase “I AM,” which is the abbreviation of the name of the church is translated in Igbo as “Abum Ihem Bu”. These expressions which have Biblical effects seem to replicate the symbolic struggle of the children of Israel to gain freedom from their oppressive Egyptian over lords. It is an invocation of the name with which the Almighty God described himself to Moses in the Book of Exodus in the Holy Bible.

The other expressions around the church premises which tell the story of the ideology and mission of the I AM include: “Ileghachi anya azu n’uzo ndi ochie (retracing the ancient landmark); “Ekwela ka asusu Igbo anyi fuo (Don’t let our Igbo language go extinct)” and “Biko suba asusu Igbo (please, endeavour to speak the Igbo language always)”. The leadership and the entire congregation of I AM appear highly determined to move the church to very great heights. Aside from the church project, they run a flourishing school named Igbo Model School with nursery and primary sections. The church has plans to add the secondary section in no distant time.

Although its activities are mostly in Lagos, the Igbo Anglican Mission is very much involved and aware of happenings (both spiritual, social and political) back home. According to reliable sources, the church has played active roles in several religious activities across Igboland. It has supported the work of evangelism in several Igbo States with special focus on Ebonyi.

The above aside, the generality of the church’s leadership and faithful maintain that the motivation behind I AM is purely spiritual and borne out of the urge to worship God in their own special way which is the Igbo style. Central to that “style” is the Igbo language. One of the congregants told People & Power: “It is the language I can identify with. It is my mother tongue and I feel a sense of pride to pray to my God in it (Igbo language). I express myself in prayer better in it. That does not mean I cannot communicate in English language.”

It Is New Dawn For Sleepy Imota Community