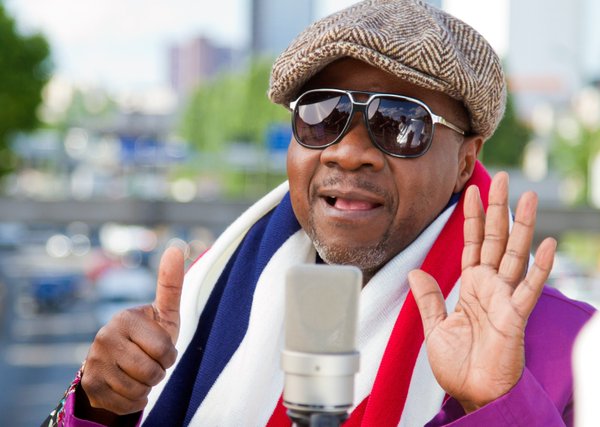 Africa has lost one of its major singers. The famous Congolese musician, Jules Kikumba, popularly known as Papa Wemba has died at the age of 67. Papa Wemba slumped on stage at a music festival in Abidjan, the capital of Ivory Coast, early on Sunday morning. Henry Vokia, Papa Wemba’s spokesperson said the musician suffered a seizure during a live performance.

“Papa Wemba slumped while singing the third song.” I was following the concert live on television. I saw the dancers surround him. I thought it was a scene for the concert.”

Vokia claimed he became sure when he saw people from the Ivorian Red Cross pop up on stage. He made a telephone call to Cornelie, Papa Wemba’s manager abroad. Cornelie, according to him, said Papa Wemba was receiving medical care. Thereafter, about 30 minutes, Cornelie told Vokia that Papa Wemba had given up the ghost.

Wemba was born in 1949 in the Kasai Oriental Province of the Democratic Republic of Congo. He ventured into music at the age of 20. His mother, a professional wailing woman at funerals had been largely seen as Wemba’s source of inspiration and influence in the rendition of love songs.

He was professionally trained by Tabu Ley. Wemba also trained generations of African musicians like Koffi Olomide. Wemba had fans across Africa and Europe and he worked with international stars such as Peter Gabriel.

His style of music immensely influenced generations of Congolese especially in the 1970s. Wemba founded the group, Viva la Musica in 1977. In the 1980s he made a commitment to help train the Congo’s next music generation.

The King of Rumba Rock’s hit songs, such as ‘Matambele Banguri,’ ‘Mabele’ and ‘Makonzi’ will remain evergreen on the African continent’s music scene.