Twenty-three year old British Super Model, Cara Delevingne has been named an ambassador for the I’m Not-A-Trophy Organization, founded by artist Arno Elias to ‘create awareness in the malicious acts of trophy hunting and poaching of endangered species’.

Cara is known for her love for wildlife and has a lion tattoo on her finger.

The “Enchantress” character in soon-to-be-released movie, “Suicide Squad” took to Instagram yesterday and posted photos of her shoot. 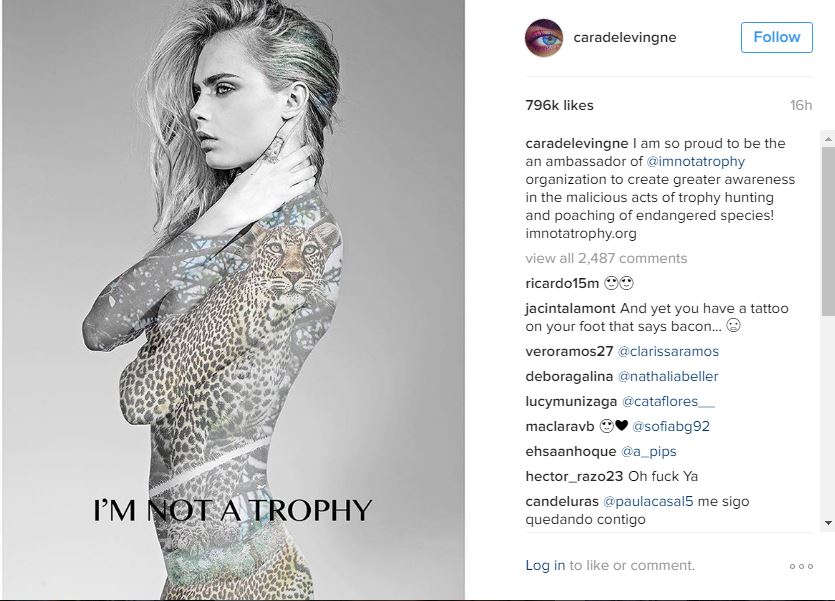 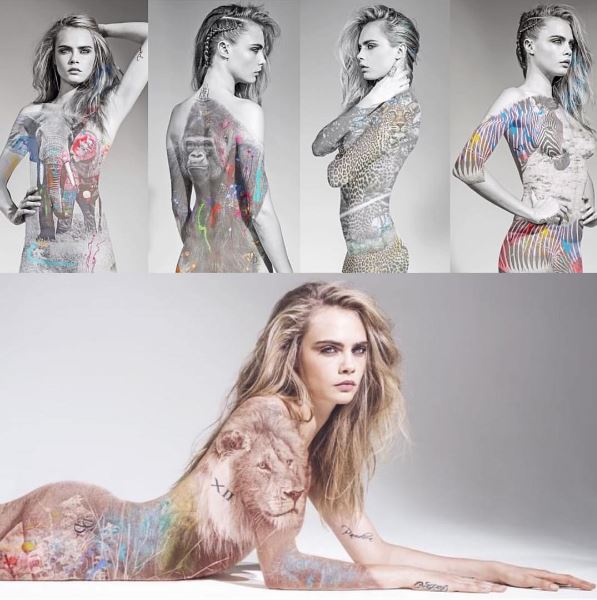 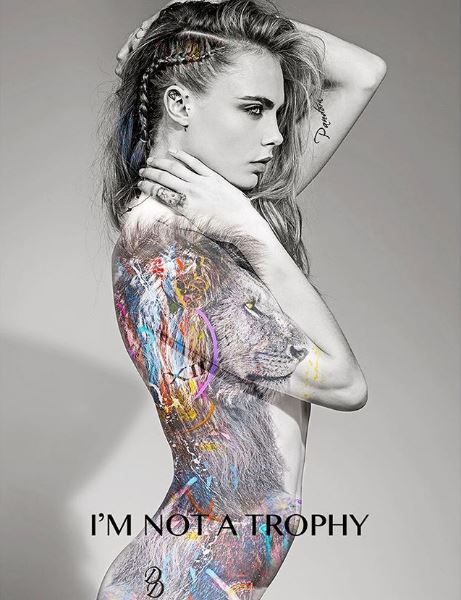