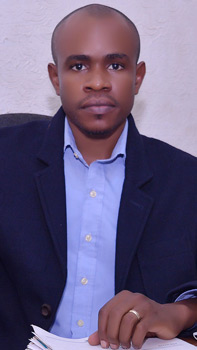 Mr. Adekunle Eedris Onifade is a highly enterprising Nigerian. He is a young man who is determined and focused. He has made invaluable contributions to Nigeria’s travel industry, particularly in the area of aviation services. He is the Founder and Director of Studies of the multiple-award-winning Universal School of Aviation which is based in Lagos.

Adekunle, an indigene of Ogun State was born on April 5, 1987 in Lagos. His early school was ASCON Staff School, Badagry. He attended Lagos State Model College, Badagry between 1998 and 2004. He was at Olabisi Onabanjo University, Ago – Iwoye, Ogun State from 2008 to 2014 and there he earned a Bachelor of Science degree.

He went on to read for a postgraduate diploma at the National Teachers Institute. He is currently pursuing a Master of Science degree at the Lagos State University.

Onifade’s professional qualifications include the Proficiency Certificate of the International School of Aviation and the Postgraduate Diploma of the Chartered Institute of Customer Relationship Management. He also has a certificate in Web Development of the New Horizon Institute of Information Technology.

His working life started as a Lecturer with City School of Aviation. He later worked as Ticketing Officer at Kul-Africa Travels & Tours. After that, he founded the Universal School of Aviation which is a thriving business today.

Onifade has been making a lot of contribution to aviation development through the Africa Aviation Group, Aviation Revolution Africa and Kul-Africa.

It is in recognition of his contributions to national development in the sphere of Management & Development of Standard Education in Nigeria that Mr. Adekunle Eedris Onifade is deemed worthy to be conferred with the Development in Nigeria Merit Award.