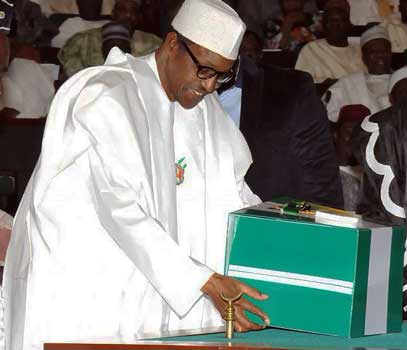 President Muhammadu Buhari on Wednesday presented the 2017 Budget Proposals to a joint session of the National Assembly. Read the full speech of the Nigerian President at the budget presentation here:

SPEECH OF H.E. PRESIDENT MUHAMMADU BUHARI ON THE 2017 BUDGET OF RECOVERY AND GROWTH AT JOINT SESSION OF THE NATIONAL ASSEMBLY 14TH DECEMBER 2016

31.Consequently, work has resumed on a number of stalled infrastructure projects such as the construction of new terminals at the country’s four major airports; numerous major road projects; key power transmission projects; and the completion of the Kaduna – Abuja railway to mention a few.