Pastor Adeboye Praises Fayose For Standing For His People 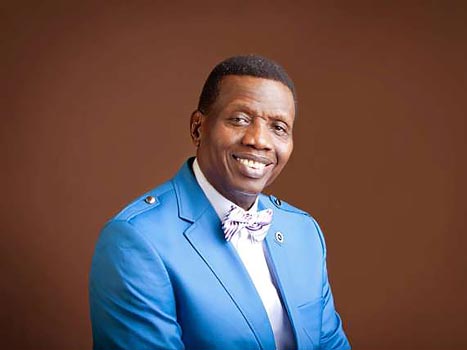 Widely respected Christian cleric and General Overseer of the Redeemed Christian Church of God, Pastor Enoch Adeboye has praised radical Ekiti State Governor, Ayodele Fayose for standing up to defend the interest of his people.

Vanguard reported on Saturday afternoon that Adeboye made the remarks at the palace of the Ewi of Ado-Ekiti, Oba Rufus Adejugbe Aladesanmi III. According to Rotimi Ojomoyela, who wrote the report, Adeboye described Fayose as a great defender of his people and their cause.

Said Adeboye to Fayose: “Your Excellency, we thank God for your life, courage, boldness and being willing to take the risk so that your people can be protected and I know what I am talking about.

“You can be sure that we are praying for you and you will succeed. I hope other governors will stand for their people like you and defend their people and say enough is enough.”

Pastor Enoch Adeboye was in Ado-Ekiti to attend a crusade at the Oluyemi Kayode Stadium.

An apparently elated Fayose prayed that God would continue to strengthen the cleric. He noted that it is at this time of the year that Adeboye goes round the country.

“Your visit,” said Fayose, “is annual and when a man of God passes by, we want to take that advantage for him to bless us. We appreciate your effort to take to gospel round the world.”