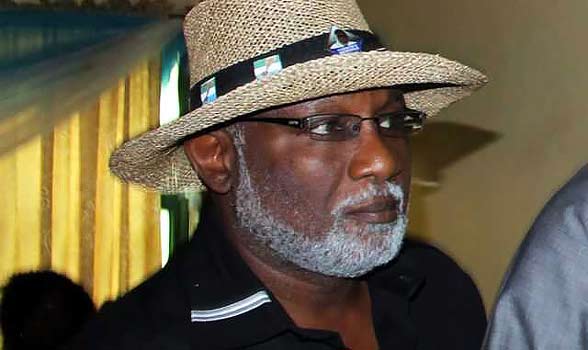 Ondo State Governor, Mr. Rotimi Akeredolu has revealed that some unscrupulous members of his party, the All Progressives Congress, worked against his emergence as governor during the last elections.

Governor Akeredolu made the revelation at the inauguration dinner organized for him in Akure, the state capital.

He vowed that such unsupportive members would not be given any breathing space in his administration unless they re-apply for APC membership and pledge their full allegiance to the party.

“A senator that won his seat under the platform of APC, chose to openly work for AD during the last governorship election and later placed congratulatory adverts for me on the pages of newspapers,” he said.

Although he did not mention any name, there are strong indications that he was referring to Prof. Ajayi Boroffice, the Senator representing Ondo North Senatorial District.

Boroffice contested and lost against Akeredolu at the APC gubernatorial primaries and went ahead to contest the outcome of the primaries in court.