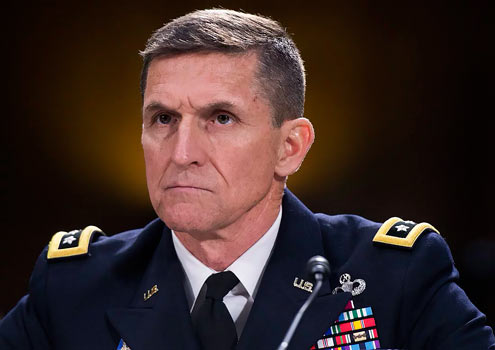 Less than a month into the administration of US President Donald Trump, his National Security Adviser, Michael Flynn has resigned.

The resignation on Monday night came after reports surfaced that Flynn had misled the administrations’ officials, including Vice President, Mike Pence about details of his conversation with the Russian ambassador to the United States, Sergey I. Kislyak.

A US official confirmed on Friday that Flynn and Kislyak spoke about Russian sanctions during their December call. This is deemed illegal as unauthorized citizens are not allowed to negotiate with foreign governments on behalf of the US, as it might put them in “blackmail situations.”

The resignation came as the evidence leaked that in December, when the administration was yet to be inaugurated, Flynn’s discussion with the Russian ambassador touched on the sanctions slammed on that country by the U.S. Worse still, Flynn reportedly lied to senior administration officials, including Vice President Pence on several occasions when asked if he did discuss the sanctions with the ambassador by saying he did not.

Indeed, believing that Flynn had told him the truth, Pence affirmed publicly many times that sanctions were never discussed during the conversation.

President Trump has accepted Flynn’s resignation and gone ahead to announce retired General Joseph Keith Kellog Jr. as his replacement in acting capacity. Kellog, 72, is a war veteran. He served in the US Army from 1967 to 2013.