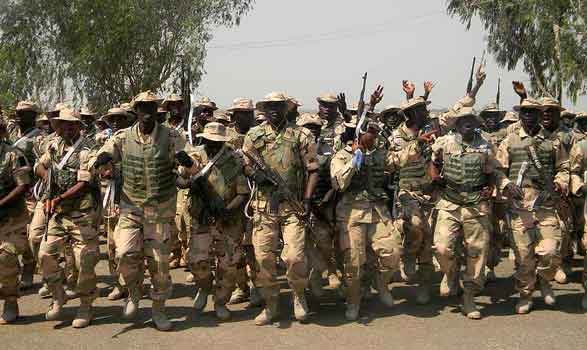 He also revealed that at Buk, a large number of the terrorists were killed while several others were wounded. Items recovered from the terrorists’ camp at Buk included 9 AK-47 rifles, 3 Fabrique National Rifles, 2 rocket-propelled grenades, 1 mortar tube, 1 shilka gun, 1 gun truck mounted with anti-aircraft gun and 2 Hilux vehicles.

Usman disclosed that 3 soldiers died in the onslaught while 5 others were wounded. One mine-resistant, ambush-protected vehicle belonging to the brigade was badly damaged.

“The bodies of the dead soldiers have since been evacuated and the wounded soldiers are now in stable conditions,” the statement further said.