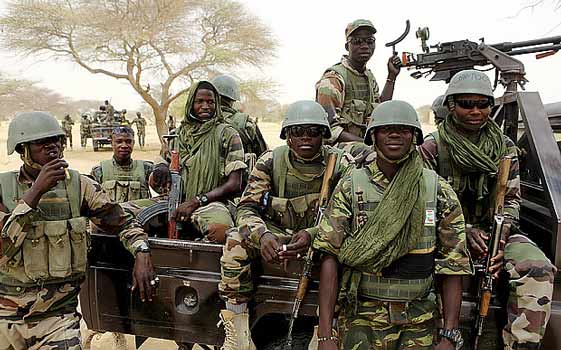 The Nigerian Army says it has recovered a lot of arms and ammunition in Southern Kaduna in its recently-launched Operation Harbin Kunama II.

Director, Army Public Relations, Brigadier-General Sani Kukasheka Usman revealed that the operation which also covers some forests in Plateau, Kano and Bauchi states, made the discovery when troops of the 1 Division, Nigeria Army embarked on a cordon and search mission at Gwaska, Dangoma, Barkin Kogi and Angwar Far areas of Southern Kaduna.

“Others include 260 cartridges, 14 rounds of 7.62mm ammunition, 63 rounds of 9mm ammunition, one locally made small machine gun magazine, a pair of worn-out military boots and some quantities of assorted improvised ammunition and pyrotechnics hidden in dug out pits.”

While thanking the people of Southern Kaduna for their support and co-operation in enabling the military achieve such unprecedented feat, Gen Usman revealed that investigations are on-going to ascertain and track down the owners of the recovered arms and ammunition.