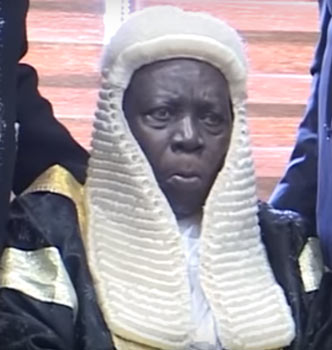 A former Minister of Justice and Attorney-General of the Federal Republic of Nigeria, Dr Olu Onagoruwa has passed on at the age of 80.

Onagoruwa, a respected human rights activist died in the early hours of Friday. He was appointed  Attorney-General and Minister of Justice of Nigeria and later as Africa’s representative to the panel that drafted Ethiopia’s constitution in 1993.

The late legal luminary who also served as the Group Legal Adviser/Company Secretary of Daily Times of Nigeria for many years, was called to the Nigerian Bar in 1971.

He graduated from University College in London in 1964, obtained his LLM and completed his Ph.D in constitutional law in 1968 from the same university.

Before his death, Dr Onagoruwa had an inexhaustible passion for writing, publishing over 250 articles on law and contemporary issues during his legal career that spanned over 35 years.