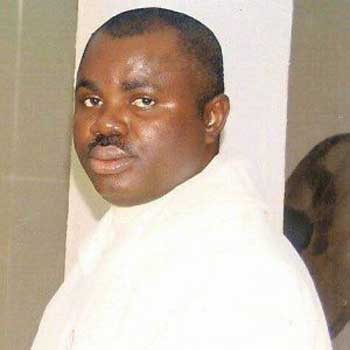 The abductors were said to have flagged down the cleric who serves as the Parish Priest of Saint Benedict Church, Iddo 2, at a bad spot along Okpella Road.

Adorolo was driving his Mercedes Benz 350ML around 6pm on Wednesday while still in his cassock and in the company of a seminarian and his houseboy when the abductors accosted his car, shooting sporadically in the air before dragging him into the nearby bush.

Confirming the incident, the Edo State Police Public Relations Officer (PPRO), DSP Moses Nkombe said the OC Anti – Kidnapping was contacted after the incident and that policemen attached to the unit have already swung into action to free the cleric and apprehend the perpetrators of the dastardly act.

Most Rev. Gabriel Dunia, the Catholic Bishop of Auchi Diocese, while condemning the incident during a press briefing said keeping a priest who offers selfless service to God and humanity for ransom was abominable.

“The abductors have made contact with the church for ransom. The church does not pay ransom as it is not a profit-SS making organization,” Rev. Dunia said.

He called on the Nigeria Police and other security agencies to expedite action and ensure the timely release of the priest whose abduction becomes the second in less than a week in the state.