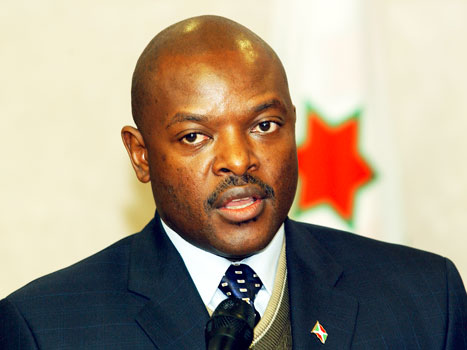 On October 27, 2016, the country had presented its letter of intent to the immediate past Secretary General of the United Nations, Ban Ki-Moon to begin the one year withdrawal process.

This followed the court’s decision in 2015 to initiate an investigation into possible war crimes in the country just after then President Pierre Nkurunziza announced that he was seeking a third term in office.

The first process of withdrawal from  the ICC by an African country was initiated by the Gambia under exiled former President Yahaya Jammeh due to alleged bias by the ICC in investigating and prosecuting  crimes committed  only in African countries.

Jammeh’s application for withdrawal was however revoked by the country’s current President, Adams Barrow when he assumed office.

At an AU Summit in 2017, the African Union had called for a mass withdrawal of member states from the ICC, arguing that the court unfairly singled out crimes on the continent for prosecution but the decision, which is not legally binding was opposed by Nigeria and Senegal.

Kenya, Uganda and Zambia joined in the threats to quit the ICC while South Africa, which started its withdrawal process in 2016, becomes the second country after Burundi to apply to leave the Roman Statute.