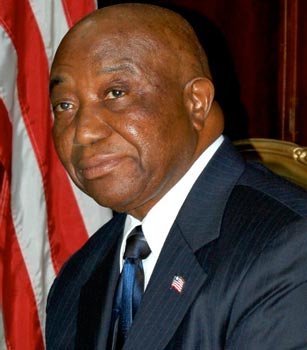 Liberia’s ruling Unity Party has filed a suit at the country’s Supreme Court seeking an injunction to halt the presidential run-off polls which has been scheduled for December 26, 2017.

The petition at the Court which was reportedly lodged by Vice President Joseph Boakai who came second in the main polls, is challenging the credibility of the country’s electoral body, the Liberia National Electoral Commission (NEC) to conduct the run-off polls.

Although it is not known when the petition will be due for hearing by the Court, Boakai is expected to contest the run-off with former soccer star, George Weah who came out tops in the first round but failed to secure the 50 percent of popular votes to be declared winner.

The Supreme Court which recently struck out a petition filed by Charles Brumskine of the Liberty Party seeking for an outright cancellation of the entire first round on the grounds that it lacked sufficient evidence, had also tasked the NEC to undertake key reforms ahead of the re-run.