President Buhari And I Are Poorly Paid – Osinbajo 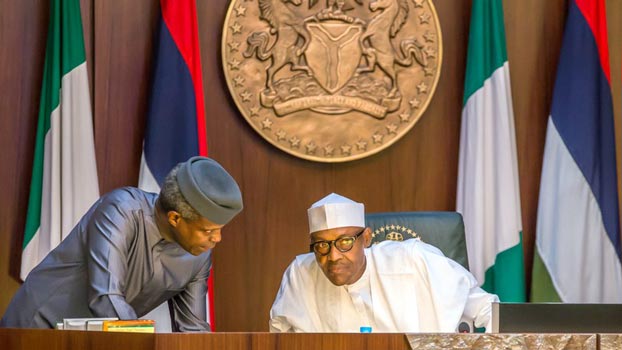 Vice President Yemi Osinbajo says the salaries and remuneration he and President Muhammadu Buhari receive were poor and not commensurate with the offices they occupy.

Speaking on Monday at the end-of-year seminar of the State House Press Corps held at the old Banquet Hall of the Presidential Villa in Abuja, Prof. Osinbajo said the salaries of ₦1.5 million and ₦1.75 million paid him and President Buhari respectively were grossly inadequate when compared to the responsibilities they shoulder.

He further criticized the private sector for not adhering to the N18,000 minimum wage as contained in the constitution.

While recalling his brief stint working with media houses as legal adviser, Osinbajo also expressed disappointment over the poor remuneration of journalists and lawyers across the country despite the irregular hours of work they put in.

He said: “I realize first of all that this (journalism) is not a  profession from which one could make a decent living in the first place unless you find a really good way of doing so.

“But more importantly for me is that you are just on your own. Journalism as a profession is so wide open. There are a few reasons in my view why remuneration is poor.

“The first is that it is just simply cheating. There are owners who just want to get something from nothing and that is not uncommon, it is a general malaise, it is not necessarily restricted to the media.

He called on journalists across the country to brighten their prospects and future by seeking honourable ways of improving themselves and getting better job opportunities with the attendant increase in income.