Schwarzenegger Slams Trump For Pulling Out Of Paris Climate Accord 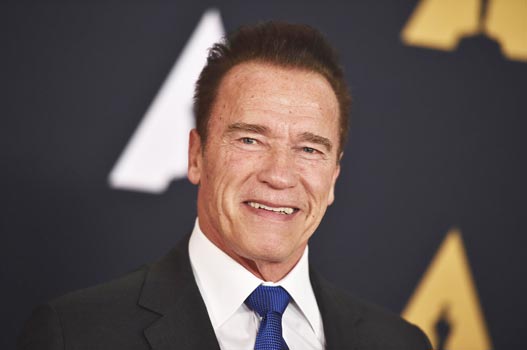 Former California  governor  turned climate action campaigner, Arnold Schwarzenegger has slammed the President of the United States, Donald Trump over his decision to pull out of the Paris Climate Accord.

Schwarzenegger said Trump’s rejection of the Paris Climate Accord does not matter as scientists, companies and other governments were working hard to reduce global emissions.

The ex- Hollywood star who took a ride on a Parisian electric bike on Monday as part of events leading up to an international climate summit on Tuesday hosted by French President, Emmanuel Macron however acknowledged that many people do not understand what global warming or climate change really means.

“Donald Trump pulled United States out of the Paris agreement but many in the private sector, cities and state governments, engineers and universities remain committed to fighting climate change,” Schwarzenegger said.

He further called on environmental activists to focus more on efforts aimed at fighting pollution  because of its immediate health risks.