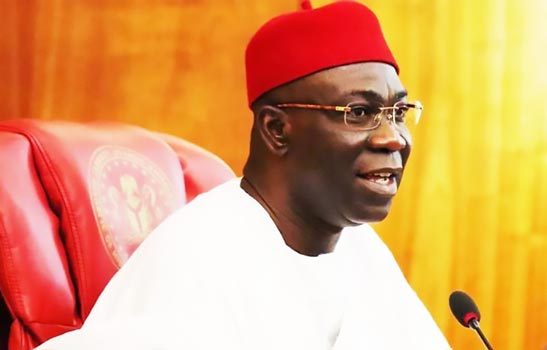 The opposition Peoples Democratic Party (PDP) on Thursday charged the Federal Government to fight corruption and stop hounding members of opposition parties in the country.

In a statement released in Abuja through its National Publicity Secretary, Hon. Kola Ologbondiyan, the party expressed displeasure at the motion ex parte filed by the Special Presidential Investigation Panel for the Recovery of Public Property (SPIPRPP) seeking the permanent forfeiture of assets allegedly not declared by the Deputy Senate President, Ike Ekweremadu in his Assets Declaration Form.

The party said while it was in full support of any genuine anti-corruption war, the antagonistic obsession of the All Progressives Congress (APC) -led administration towards Ekweremadu was a clear indication that it was not ready to fight corruption but rather out to scandalize, persecute and bring down perceived opponents.

The statement read: “The PDP recalls that this government rushed to arraign Senator Ekweremadu and the Senate President, Dr. Bukola Saraki in 2016 on trumped-up charges of forgery of the Senate Standing Rules, even when there was not even a mention of their name in the contentious Police report or Proof of Evidence. It eventually withdrew the charges for lack of merit.

“In the current matter, apart from relying on obsolete law to dabble into the roles of the Code of Conduct Bureau, we are not surprised that the panel could not carry out a thorough and independent investigation on the purported property of the Senator, but relied on a petition by the former Chief Judge of Enugu State, Justice Innocent Umezulike, who is standing trial in several courts, after his removal from office by the National Judicial Council (NJC) in 2017.

“We recall that the Senator accused Umezulike and some politicians of stealing and doctoring his will, inserting non-existent properties that had nothing to do with him

“It is also instructive that this calculated smear campaign in the guise of forfeiture of phantom assets came on the heels of Senator Ekweremadu’s alarming and scathing criticism of the APC-led administration over the nation’s deteriorating democracy and in the midst of the ongoing executive/ legislative face-off in which a ranking Senator of the APC extraction identified Ekweremadu as a pillar of support to the Senate President.”

The party argued that contrary to the Federal Government’s claims, the Deputy Senate President had assured the PDP that he declared his assets and wondered why it rushed to the court without completing its investigations but turned deaf ears to the outcry by Nigerians for the prosecution of some functionaries of the current administration indicted for corruption.

The PDP further alleged that Ekweremadu’s travails were part of the grand plan to stifle the opposition ahead of the 2019 elections and challenged the Federal Government to publish the assets of APC political office holders.