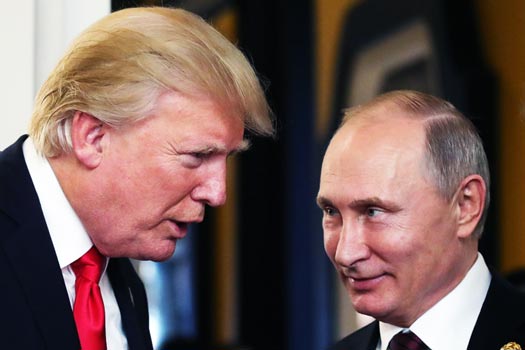 The United States and member states of the European Union (EU) have expelled dozens of Russian diplomats in response to the nerve agent attack on Sergei Skripal and his daughter, Yulia in Salisbury, the United Kingdom.

President Donald Trump on Monday ordered the expulsion of 60 Russian officials who Washington says are spies, including a dozen others based at the United Nations.

The US government says the Russian consulate in Seattle which is located near a US submarine base is also to be shut down as part of the US’s package of punitive measures.

The officials being expelled from the US include 48 in the Russian embassy in Washington and 12 at the Russian mission at the United Nations who the White House says are spies engaged in “aggressive collection here in the US.”

In a statement released on Monday morning, the White House said these “actions make the United States safer by reducing Russia’s ability to spy on Americans and to conduct covert operations that threaten America’s national security.”

US officials say the expulsions would be carried out in solidarity with their closest allies and in reaction to a “reckless attempt by the Russian government to murder a British citizen and his daughter with a military grade nerve agent.”

Russia has however promised it would take reciprocal action against Washington, claiming that the UK had not prosecuted a single suspect proving that Moscow was behind the attempted poisoning of the ex-spy.

The UK had expelled 23 Russian diplomats in the wake of the poisoning and the Kremlin responded by ejecting the same number of British diplomats.