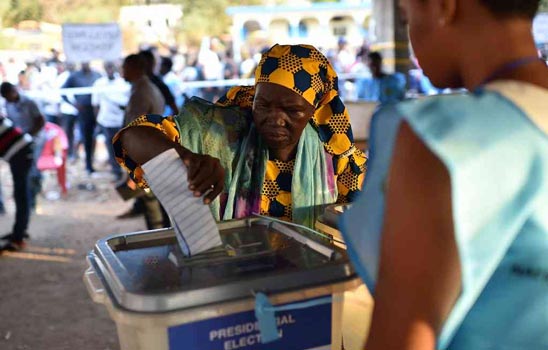 A court in Sierra Leone on Saturday granted a request for an injunction by a ruling party member who alleged that there was evidence of electoral fraud that needed to be investigated before the second round of voting could go ahead.

Opposition candidate, Julius Maada Bio, who was briefly the head of a military junta in the 1990s was scheduled to face off against the ruling All Peoples Congress candidate and former foreign minister, Samura Kamara on Tuesday, March 27th.

Bio won the first round of voting at the presidential election held on March 7,which was described by many local and international observers as fair, free and largely peaceful.