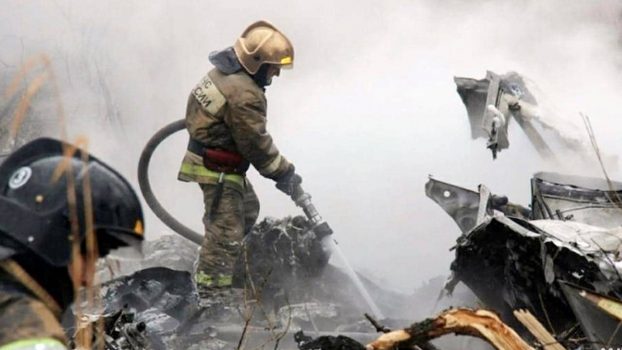 At least eighteen persons have been confirmed dead after an Ethiopian military helicopter crashed in the country’s Oromiya region on Thursday.

According to the state-affiliated Fana News Agency, fifteen members of the country’s defence force and three civilians were killed in the crash.

Ethiopian portal, Addis Standard reported that the Ethiopian Air Force is investigating the crash. Reports also say the victims of the ET-AIU model helicopter crash two women and two children. Only one of the bodies have been identified so far.

Confirming the mishap, Addisu Arega, a cabinet minister in the  Oromiya region tweeted: “All passengers on board died. The cause is under investigation. Our condolences to the families.”

Adisu added that the helicopter had taken off from the eastern Ethiopian town of Dire Dawa and was headed for an air base in Bishoftu which is located around 60 kilometres south of the country’s capital, Addis Ababa.