FG Denies Kwankwaso Use Of Eagle Square For His Presidential Declaration 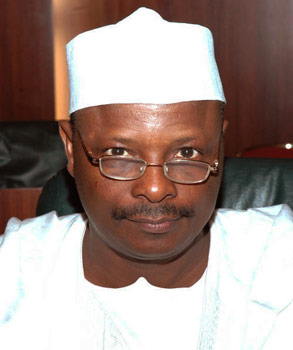 The Federal Government of Nigeria  allegedly denied a presidential aspirant of the Peoples Democratic Party (PDP), Senator Rabiu Kwankwaso the use of the Eagle Square in Abuja  for his public declaration to run for the position.

According to reports, the organization in charge of administering the venue, Integrated Facility Management Service Ltd rescinded its earlier approval for the former Kano state governor to use the facility, saying that it had wrongly granted him approval.

Kwankwaso was billed to make his official declaration for the presidential race on Wednesday, having paid the required fee of ₦2.2 million following which the venue was approved for his use.

The approval of the venue for his use was communicated to him through a letter which was dated August 20, 2018 and signed by Usman Raji on behalf of the company’s General Manager.

But in another letter dated  August 27, 2018 also signed by Raji, the company told the Kwankwaso Campaign Organization that it had rescinded the approval having realized that the political event fell on a working day and would disrupt activities in nearby Federal Secretariat.

“With reference to the approval letter dated 20th August, 2018, granting our approval for the use of Eagle Square on the 29th August, 2018, we are sorry to inform you that the event can no longer hold on the said date because it is a political event, and 29th August 2018 happens to be a work day, as it would disrupt the usual work flow of the federal secretariat.

“We apologize for the oversight on our part to note the date in relation to the nature of the event,” the second letter read.

Following the reversal of the approval, reports have it that men of the Nigeria Police  sealed up the venue ostensibly to prevent its use for campaign on Wednesday.

Reacting to the development, the Coalition of United Political Parties (CUPP) on Wednesday called on Nigerians and the international community to rise against the culture of intimidation and impunity

According to a statement issued by its spokesman, Ugo Chinyere in Abuja, the coalition said the constant attacks and intimidation of political opponents by the current administration would not stop it from defeating President Muhammadu Buhari in 2019.

“The Information reaching the Secretariat of the CUPP is that the Buhari-led APC Federal Government, working with the Police have just sealed the venue of  tomorrow’s scheduled declaration of Sen.Rabiu Musa Kwankwaso for President billed to hold at Eagle Square by 10 am tomorrow (Wednesday).

“We are calling on the Nigerian media, international community and the general public to stand up against this latest culture of intimidation and impunity.

“The attempt to block the venue of the declaration billed to hold at Eagle Square shall be resisted as the venue was fully paid and approved for the event.

“The constant attack on key opposition leaders and use of state force against opposition aspirants cannot stop us from serving Buhari his well deserved electoral defeat come 2019,” the statement read.

Meanwhile, Governor Ibrahim Dankwambo of Gombe State and former governor of Jigawa State, Sule Lamido have become the first aspirants to pick the presidential nomination forms for the ticket of the PDP.

Both presidential hopefuls were said to have picked the forms at the Legacy House, Abuja which is currently being used as an alternative secretariat by the party hierarchy.