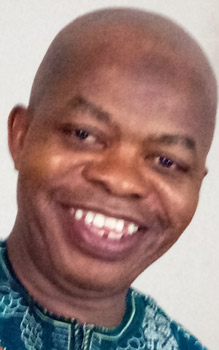 Bello Aliyu Alade is a man with an intimidating profile. His experience traverses many horizons. He is at once an educationist, a distinguished computer scientist, a corporate manger and an imam.

Armed with his background in computer science, he has been a pacesetter in the application of modern methods and techniques in the Nigerian education sector. He is the founder and proprietor of Balad Private Schools which are located in Ikorodu, Lagos State.

His working life actually began at the Benue Polytechnic Ugbokolo, Benue State where he lectured Computer Science during the mandatory one – year National Youth Service. Back to Lagos, he secured employment with the Lagos State Civil Service as an Education Officer. So, between 1985 and 1986, he was a Mathematics Teacher at Lagos City College.

He moved on to be a Lecturer at Yaba College of Technology from 1986 to 1991. He it was who established the Computer Technology Department of that institution.

Afterwards, he had a stint at the Nigeria Population Commission as Assistant Chief Systems Analyst on Grade Level 12. His stay at the NPC was cut short when the NNPC (Nigerian National Petroleum Corporation) presented him with a more lucrative offer.

At the NNPC, he had what was obviously an interesting career. He traversed several departments and subsidiaries working on IT and data related tasks. He also worked in various aspects of management including Human Resources. He retired from NNPC as a Manager at the International Data Services Ltd, IDSL.

It is in recognition of his accomplishments in the sphere of Management and Development of Education in Nigeria that Alhaji Bello Aliyu Alade is deemed worthy to be conferred with the Development in Nigeria Merit Award which is part of the PSR National Awards 2018.