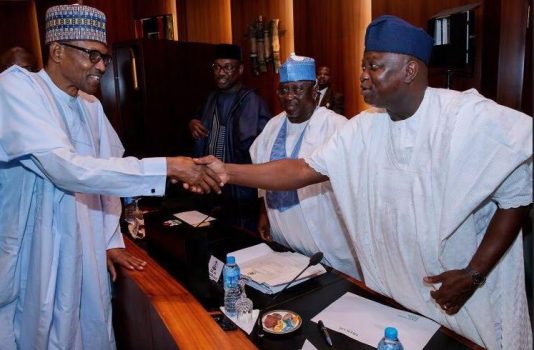 President Muhammadu Buhari on Thursday in Abuja met behind closed door with Gov. Akinwunmi Ambode of Lagos State at the Presidential Villa, Abuja.

The meeting might be connected to the rift between the APC’s National leader, Bola Ahmed Tinubu and Governor Ambode. Tinubu and the leadership of the APC in Lagos State were alleged to have mounted pressure on Ambode, to drop his second term bid.

Tinubu is said to have endorsed Ambode’s opponent within the APC, Mr Babajide Sanwo-Olu, and had refused to back Ambode’s second term ambition despite pleas for him to re-consider.