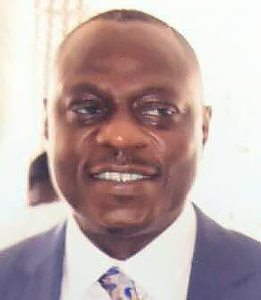 Dr Luckys Evwiekpamare Okparanyote is a distinguished physician who has made a lot of impact on the Nigerian society. He is a specialist in both Occupational Health and Family Medicine. He is the founder and Medical Director of the famous Capitol Hill Clinic/Hospital based in the city of Warri, Delta State.

An indigene of Igun in Ethiope East Local Government Area of Delta State, he was born on May 7, 1961. He started his primary education at St. John’s (C.A.C.) Primary School, Warri where he obtained Primary School Leaving Certificate in 1972. He proceeded to Government College Ughelli, Delta State, where he earned his West African School Certificate (W.A.S.C.) with Division One in 1977.

His tertiary education was at the famous University of Benin, Benin City where he studied Medicine. He bagged his M.B.,B.S. in 1985.

Dr Ranyo as he is popularly called (a name derived from OKPARANYOTE by removing the first four and last two alphabets) started his career as a doctor as: House Officer, Department of Child Health, University of Benin Teaching Hospital between August 1985 and November 1985. He was also House Officer at the Departments of Medicine, Surgery as well as Obstetrics and Gynecology, Central Hospital, Warri, from November 1985 to June 1986 and Medical Officer (NYSC Scheme) at General Hospital, Etinan (Sept. 1986-Aug. 1987). As a Youth Corps Member, he participated in a lot of charity and community assistance work which made him to learn how to read, write and speak Ibibio, one of the local languages of the then Cross River State.

He was very active in hospital work and assisted in a lot of major surgeries while he did a lot of minor and medium surgeries. His surgical skills started here. He acquired a lot of surgical and medical skills as Medical Officer/Chief Resident, St George’s Specialist Clinic and Maternity Home, Okumagba Layout, Warri. While there, he was actively involved in management and transformed a small, little known clinic into a multi million naira enterprise that became a household name.

Dr Luckys was Medical Consultant to the Delta State Oil Producing Areas Development Commission (DESOPADEC) from 2007 to 2010. He, as stated earlier, is the Medical Director/CEO, Capitol Hill Hospitals, Warri and Effurun.

Capitol Hill Clinic/Hospital Warri was founded by him in 1996 and has grown to become a household name in Warri and environs. There are now two branches of Capitol Hill. One is at No. 2, Omamofe Sillo Street, Off Etuwewe Street, Off Deco Road, Warri and the other is at No. 38B, Airport Road, opposite the Ugborikoko Schools, Ugborikoko, Effurun – Warri.  The hospital is a comprehensive medical centre which is well equipped and offers superb services to oil and gas companies, non-oil and gas companies and individuals in Warri and environs.

Dr  Okparanyote is an employer of labour. His hospitals have a staff strength of well over 200 and renders 24 – hour services. Outside the hospital environment, he has been involved in a lot of activities which include:

He has attended many trainings and courses and has certificates to his credit. They include:

A man of honour, Okparanyote has awards and accolades attached to his name. Notable among them are:

Outside the medical field, Dr Okparanyote has also made a lot of impact. He is the Managing Director/Chief Executive Officer of Tejiri Ltd and Lucky Saint Ranyo & Associates.

He is happily married to his heart throb, Angela and their union is blessed with six lovely children – four boys and two girls.

It is in recognition of his accomplishments in the field of Human Medicine & Orthodox Medical Practice that Dr Luckys Okparanyote is deemed worthy to be conferred with the Development in Nigeria Merit Award which is part of the PSR National Awards 2018.