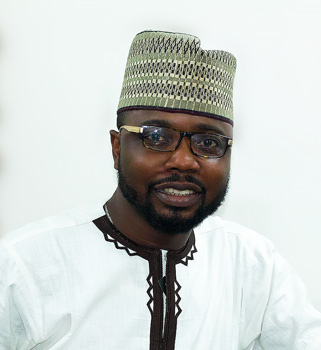 Mr. Lekan Balogun is a uniquely creative and enterprising Nigerian. He left a banking career for fashion design which had been his passion. Today, his company, McCoy Clothings is a multiple award winner. His designs have been acknowledged in various parts of the world.

Lekan read Business Administration at the Lagos State University. He was employed by GTBank where he became a relationship manager.

His banking experience has greatly paid off today. He is able to fuse customers’ needs and even, criticism with creativity to release design products which have won wide acclaim.

Lekan Balogun’s creativity and his ability to always try out new ideas have given him a wider platform to maximize his potential. He leads by example and he is open to criticism. He treats every customer like they are the only ones who matter. Customer satisfaction to him is the cardinal goal.

His outfit, McCoy Clothings, was established in the year 2000. His aim was to provide reliable and effective service by making unique and sophisticated designs which would be accepted by people of diverse cultures, taste and nationalities.

Over the years, the company has accomplished that by thinking out of the box end creating mind-blowing styles that would leave anyone in awe.

After personal styling with outstanding results within a short period, the client base grew from just ordinary people to expatriates, celebrities, politicians and respected socialites from across the world. The clientele is growing daily.

It is in recognition of his accomplishments in the field of Fashion Design and Clothing Production that Mr. Lekan Balogun is deemed worthy to be conferred with the Development in Nigeria Merit Award which is part of the PSR National Awards 2018.