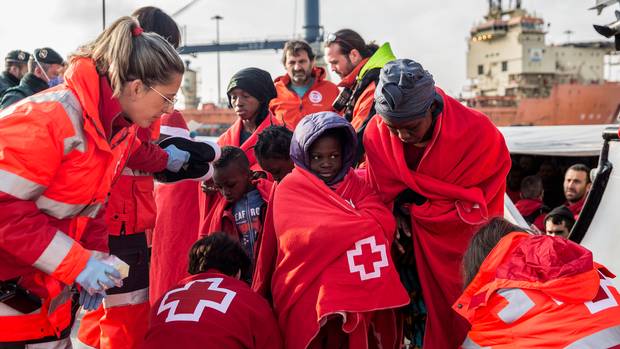 An aid boat carrying more than 300 migrants rescued at sea has finally docked at the port of Algeciras in Spain after more than a week’s journey across the western Mediterranean.

The Spanish boat which is operated by the non-profit group, Proactiva Open Arms rescued 313 migrants in waters near Libya last week but had to travel to Spain after Malta denied it permission to dock and Italy and other countries refused to help.

The Head of Proactiva Open Arms, Mr. Oscar Camps said that the migrants were of 19 different nationalities, with many of them having the right to ask for asylum.

In June this year, the Spanish government opened its ports to an aid ship belonging to SOS Mediterranean Sea and Doctors Without Borders which was carrying over 600 rescued migrants after Italy and Malta refused to let it dock.