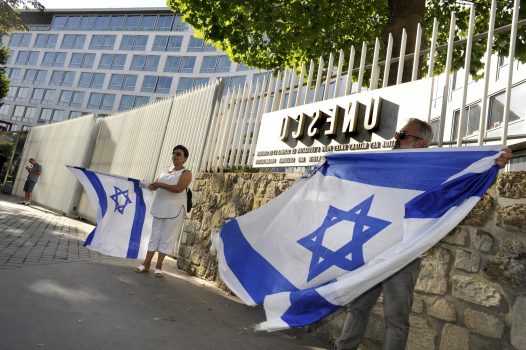 The United States and Israeli governments on the stroke of midnight on New Year day officially withdrew from the United Nations Educational, Scientific and Cultural Organization (UNESCO).

The withdrawal, which is seen as the culmination of a process which was triggered more than a year ago is mainly procedural yet serves a new blow to UNESCO, co-founded by the US after World War II to foster peace.

The administration of President Donald Trump had filed its notice to withdraw in October 2017 and Israeli Prime Minister, Benjamin Netanyahu followed suit, accusing the UN agency of being biased against his country.

The Paris-based organization had previously criticized Israel’s occupation of East Jerusalem and granted full membership to Palestine in 2011.

UNESCO is best known for its work to preserve heritage, including maintaining a list of World Heritage Sites and programmes to promote education in developing countries across the world.

However, the withdrawals may not greatly affect UNESCO financially since it has been dealing with a funding slash since 2011 when both Israel and the US stopped paying dues after Palestine was voted in as a member state.

Officials estimate that the US, which accounted for around 22 percent of the total budget has accrued $600 million in unpaid dues, which was one of the reasons for Trump’s decision to withdraw. Israel owes an estimated $10 million.

They also argue that many of the reasons the US cited for the withdrawal do not apply any more, noting that all 12 texts on the Middle East passed at UNESCO have been consensual among Israel and Arab member states.

The US has pulled out of UNESCO before. The Reagan administration did so in 1984 because it viewed the agency as mismanaged, corrupt and used to advance Soviet interests. They however rejoined in 2003.